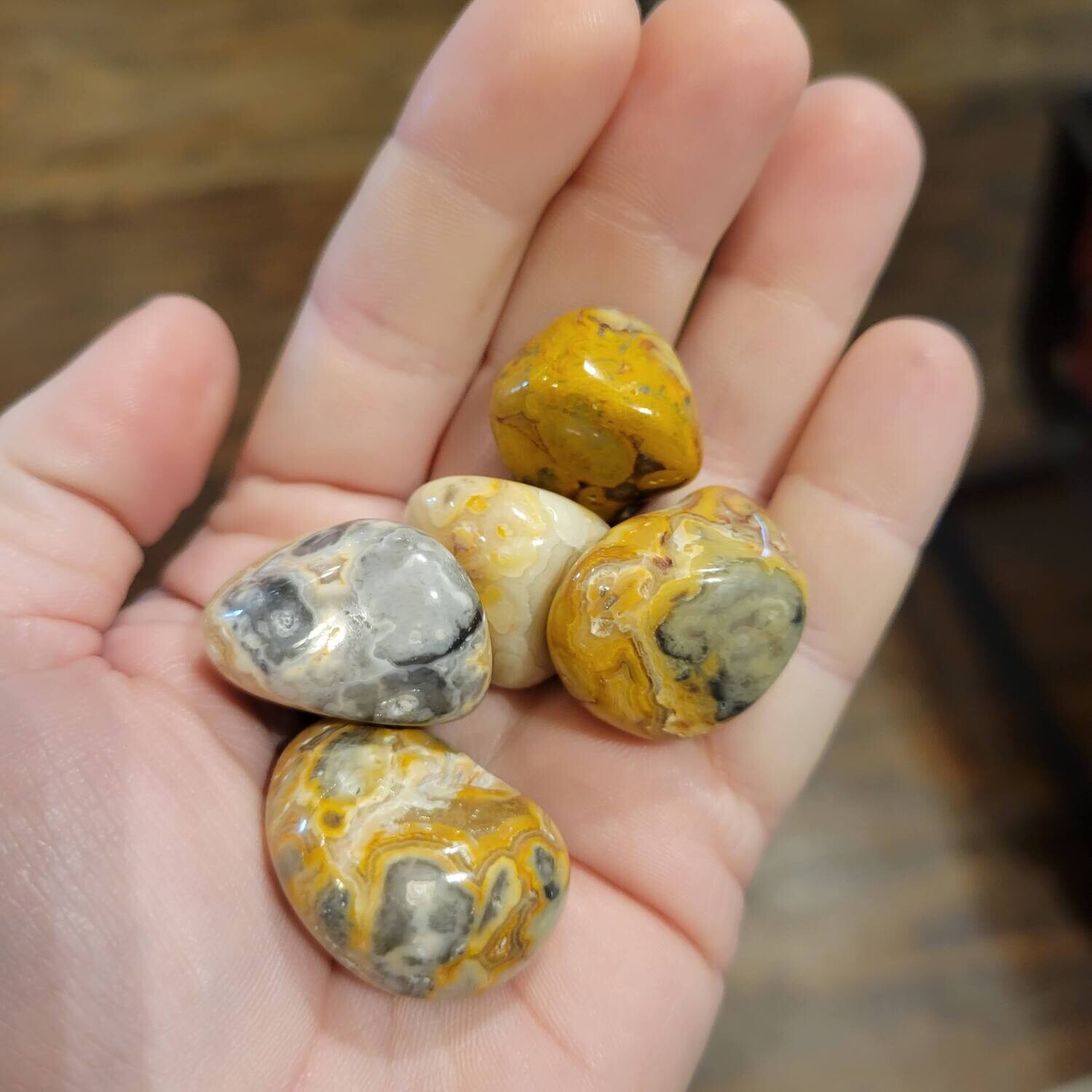 Crazy Lace Agate is a stone of transformation and chakra realignment. The banding of this Agate (and all of Agate’s) is an overlooked energetic addition to this stone.

Since it's only found in Mexico, crazy lace agate retains much of the energy of that area, in particular the tribal energies from ancient cultures that are still surrounded in mystery. There is evidence this agate was worn as an amulet by the earliest inhabitants of Mexico for endurance and courage in battle.

Save this product for later
Display prices in: USD